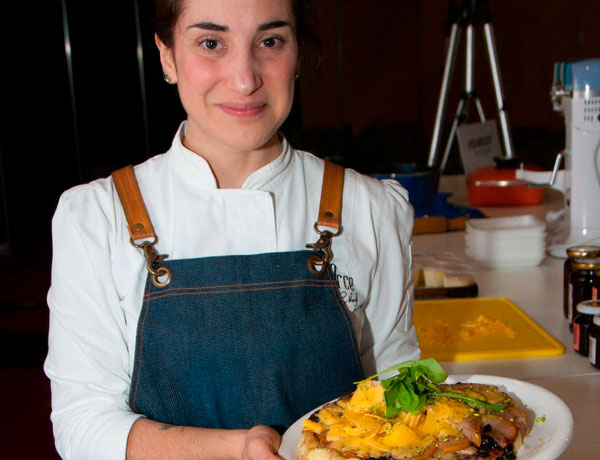 First pastry chef and then, passionate about cooking, curious, traveler ... and many more things!
With studies at the Buenos Aires International Hotel & Restaurant School (IBAHRS), she shaped her passion for culinary art. At the same time that she began her studies in Buenos Aires Master Bakery.
In 2006, her vocation for cooking led her to the Argentine Institute of Gastronomy, to later take over the kitchen of important places in Buenos Aires. 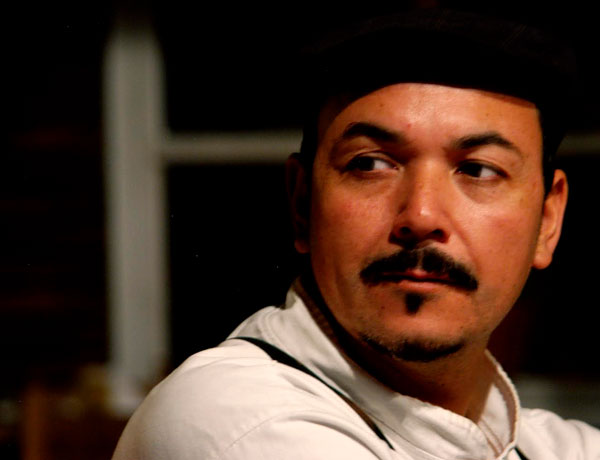 Recognized local chef, with a long career in Bariloche, creator of the new Patagonian cuisine concept, master chef, researcher and empirical experimenter, specialized in meats, flowers and native plants, ambassador of the sustainable gastronomy of our region, whose work aims to link the scientific research, technological innovation, raw materials, education, and local chefs. 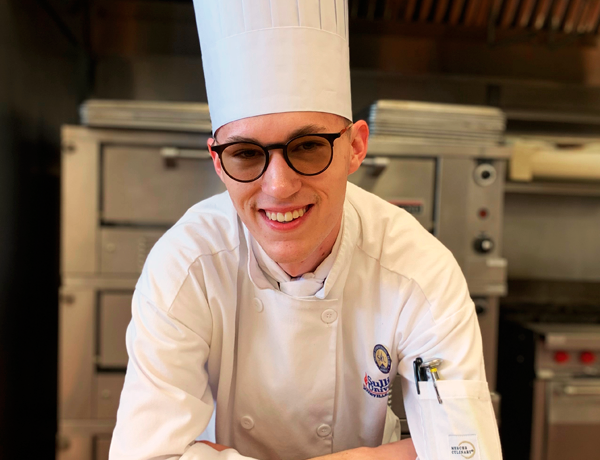 My love and passion for cooking started at a young age. I can remember being in the
kitchen with my grandma (a.k.a. nanny) ever since I could walk. I loved helping her make
breakfast in particular. The sizzle of bacon, the bubbling grits, and the fluffy pancakes made my
morning that much more special. As I grew up, I continued to cook at home with my mom and
dad. From my dad I learned how to grill and smoke meats, and from my mom I gained a love and
appreciation for international cuisine. Some of my fondest memories are going to the Dekalb
Farmers Market to explore new produce, spices, cheeses, meats, and products. I was also
fortunate enough to be able to travel and eat at very good restaurants. In those restaurants I
learned just how much dedication and passion can go into food. I learned that food does not have
to be just one way or another, the chef’s own artistic expression can be put into food. Cooking
for me is a connection to very special memories. It’s also constantly evolving for me, and I’m
excited for what the future holds. I’ve taken this passion to the next level by attending Sullivan
University for my degree in Culinary Arts. I am constantly eager for new opportunities to learn
and grow.

Tanghetto was created by a concept and idea of Max Masri. It began being a study
project that was taking identity towards the year 2002. Soon Diego San Velázquez
joined him. This is how the debut album "Emigrante" was composed, inspired by the
crisis that was experienced in Argentina at that time. The addition of the word
"electrotango" warned that the content of the album was somewhat removed from
the traditional tango. With the passage of time, the term "electrotango", used for the
first time to refer to the music of Tanghetto, was used to baptize an entire musical
movement that emerged in those years.

Carla Bianchi:
Carla started dancing Tango in the Milongas of Buenos Aires and immediately was considered a born Milonguera. She began studying with the most prestigious teachers, such as Javier Rodriguez, Carlos Riarola, Carlitos Perez, Juan Carlos Copes and others.
In 2012 she won the 2nd place of the Metropolitan Competition of the City of Buenos Aires, one of Argentina's most famous Tango Championship.
Carla is been touring in US for de last three years and she is been performing in every edition of the Argentine Festival in Atlanta

Nicolas Filipeli:
Nicolas started dancing stage and salon style Tango from a very young age. As a teenager he competed in youth tournaments in Buenos Aires, winning several medals.
He studied with many teachers like Roberto Herrera, Osvaldo Zotto, Javier Rodriguez, Silvio La Via, El Pibe Sarandi, Carlitos Perez, and Gabriel Angio.
In August of 2014, together with his brother German, he won 4th place at the renowned Word Tango Championship - Stage Category in Buenos Aires.
Carla and Nicolas' dancing style is very elegant, combining simplicity with a strong emphasis on the original essence of Tango. They started teaching at the National School of Tango of Buenos Aires, at the Carlos Copello’s School of Tango and Café Tortoni.
They have toured trough United States, China, South Korea, Spain, Italy and Brazil, and have worked in many of the most prestigious Tango houses of Buenos Aires—Homero Manzi, Café Tortoni, Café de los Angelitos, Madero Tango and Rojo
Tango (Hotel Faena). In 2013 and 2014 they performed in South Korea, Australia and Indonesia with the company Reflexión Tango.
In 2015 Carla and Nicolas traveled Belgium, Italy and Greece with the well-known Orchestra El Arranque de Ignacio Varchausky, and taught at the Theatre Carcano in Milan. 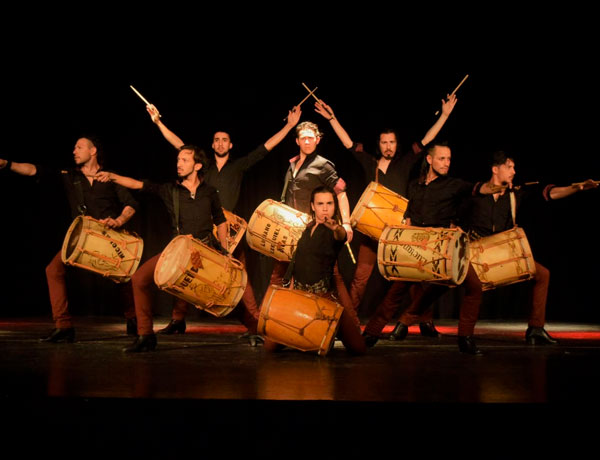 La Tropilla Malambo is a professional and family company of Bombo, Malambo and Boleadoras. Dexterity, rhythm, precision, soul and heart!!! 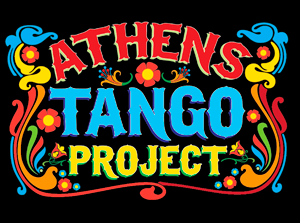 Athens Tango Project brings Argentine tango music in its pure form, while also collaborating with local North American musicians to create
its own sound.
Athens Tango Project started in Athens, Georgia, when Laura Camacho, a native of Argentina, started playing tango with local jazz musicians and international classical graduate students from The University of Georgia that wanted to learn the style. Laura has shared the stage with artists like Mariano Mores and Sexteto Mayor. Athens
Tango Project has performed throughout the United States, and was featured in local Ted Talks, NPR, as well as the documentary Athens Rising, by James Preston, for which they arranged a cover of an REM song into a tango, and wrote original music. Some of the group’s collaborations include members of Drive by Truckers, Pylon, and Olivia Tremor Control. 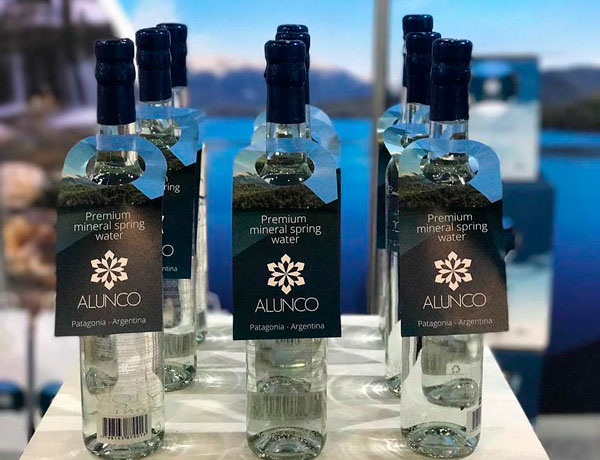 Nature slowly filters mountain snow in the most perfect process of mineralization. That is why the natural spring water of AlunCo processes these characteristics which make it unique.
AlunCo water is born at the heart of Patagonia. We provide a natural and nutritious product, while we abide by the quality standards that ensure we safeguard health and the environment. 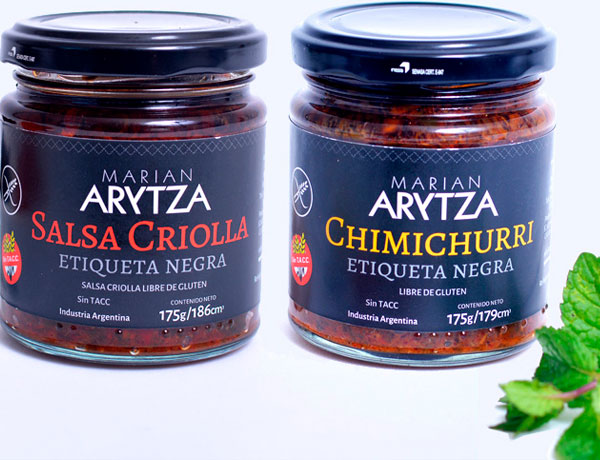 READ MORE
What is Your Passion?

Leave Us Your Opinion